Has nobody ever stopped to consider the suspiciously narcotic tone of The Wizard Of Oz before? Everyone just allows themselves to be swept along by the "charming" whimsy of it all, without it dawning on them that rather than being whisked away to a magical land by a tornado, Dorothy had probably simply just gulped down a dozen or so "funnee" mushrooms while everyone was out working in yon' field. Concussion? No. Her mad hallucinations had to have been brought on by the biggest trip Kansas has ever known.

Then there are the flying monkeys and the Emerald City - no sober child would concoct such wonders after a mere bump on the bonce. And with its mass exposure across the world to all ages for the last 80-odd years, surely it's time the politicians of the world acknowledged that it's been the cause of spiralling drug use. Just think of the far-reaching influence it must've had on our culture. The Beatles would've stuck to writing drippy songs that had love in the title three times if they'd never seen it. Howard Marks would probably have turned out as a nice, respectable ladies' hairdresser or something. Nice chopper, Tin Man!

DOROTHY: Why are you going to see the Wizard, Tin Man?

SCARECROW: Too bad. I don't even have a purse - or a bladder.

LION: It's worst for me: I haven't got a front.

(ALL LAUGH. FADE TO BLACK.)

DOROTHY: Wow - the Emerald City has really changed since I was last here!

SCARECROW: Yes. We decided that green was a horrible colour, so we decided to change it.

DOROTHY: Why did you choose brown?

SCARECROW: We just did. Also, there is now a cigarette kiosk on every street corner. Puff puff! Do you fancy a drag on my ciggie, Dorothy?

DOROTHY: No. By the way, your mouth is on fire.

SCARECROW: Come on, Dorothy - it's time to meet the Wizard of Oz!

DOROTHY: What are you talking about? Last time we met the wizard, he was just some old guy behind a curtain.

DOROTHY: That's not the wizard. That's just an Action Man on a trolley, pulled by a couple of monkeys.

SCARECROW: Shut up! If you insult him I might not get my new hat.

SCARECROW: Dorothy, why aren't you bowing down before the wizard? You ought to show some respect.

DOROTHY: Show some respect? But he's drunk off his face. And he was just sick on my ruby slippers.

SCARECROW: No he wasn't.

DOROTHY: Yes he was!

SCARECROW: I don't think so.

DOROTHY: You know, for a wizard, you're not very wizard-like.

DOROTHY: What, I'm supposed to be impressed by you smoking three cigarettes at once? That's not magic. It's just stupid.

WIZARD: Oh here we go. The old "smoking will damage your health" lecture.

DOROTHY: What are you doing now? Put your trousers back on, for goodness sake.

DOROTHY: Tsk. The land of Oz just isn't as much fun as I remember it.

SCARECROW: Yes it is.

DOROTHY: What? What's that supposed to mean? How can you possibly know the intensity of my memories?

SCARECROW: I just do. Anyway, I seem to remember you being a lot more fun.

DOROTHY: For the hundredth time, you are not getting a kiss.

SCARECROW: What are you doing? What's all that foam coming out of your mouth?

SCARECROW: Get off! Don't wipe it on my jacket. I've only just bought this.

DOROTHY: So, Cowardly Lion, what are you going to ask the Wizard for this time?

DOROTHY: Is that it?

LION: Er... what do you think I should ask him for?

DOROTHY: What do you want the most?

LION: Well, I really do need a bulb. Only, I can't read my pamphlets in bed without one. 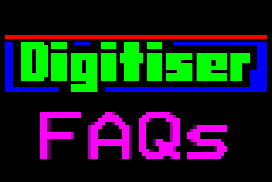