After my undersea success, I've become something of a celebrity here on land.

It seems my sea-bed antics were being secretly filmed by a German TV station, and collated into a show called Das Kunst Auf Der Blau-Wasser. This quickly became the biggest phenomenon in German TV history, repeated twice an hour on all channels. As a result, I've been assigned a media agent, a small clockwork deviant called Wim-Keith Cigars.

Being a German celebrity has its down side. Here in Britain I'm free to walk down the street unchallenged, but in Germany I can't even pop out for a milkshake without someone trying to pull my trousers off!

I'm being stalked by an obsessive fan. He sends the strangest things in the post. Yesterday I received a bit of wall with a burnt sticker on it. The day before it was a photo of someone nailing a bit of bread to a lamp.

I've spoken to the police, but they just think I'm telling them a joke and all start laughing. I even started crying, but they thought I was doing an impression of Margaret Thatcher.

I'm trying to ignore my mad stalker. It's not easy. This morning I appeared on a German breakfast TV show called Die Bier Kinder.

I was helping top chef Hans Luftwaffe to boil the feathers off a duster when the stalker burst from the oven and blasted us both with a concentrated jet of neon gas.

I was alright, but Hans had an image of the duster branded across his stomach.

The topic was whether or not camper vans should be fitted with antlers to make them look like they’re on their way to a carnival. To set the theme, I had to throw myself down the stairs into a pile of antlers. This so outraged a group of antler-van activists that one of them ran out of his seat and smacked me with a Bible.

The producers have decided to scrap my proposed TV debate show after the pilot programme ended in tragedy.

In the course of discussing whether piglets were funny or not, I bent down to smile at a little porky squealer. It leapt out of its handler's arms and clamped its jaws around my front teeth. I span around and around trying to shake it off, knocking over a gantry which demolished the next studio. Over 40 people had to have operations.

The first set-up involved Nigel out of EastEnders. He was lured into a disused workshop and hit on the head by a man with a hammer. Then, when he came to in hospital, one of the nurses threw paint at him, and a porter bit his feet. For the final sequence, I dressed up as a policeman and pushed him out of bed. When I revealed myself, he said he couldn't see properly now.

We've carried out what must be the best TV celebrity prank of the era, on former Basil Brush straight man Mr Derek.

We tapped on his window with a 15-metre aluminium beam from up the street, and when he came out of his front door to see what was going on, we dropped it on his head. As he lay prone, a clown ran into his house and ate his dinner. When he came to I appeared dressed as a council official, and told him about the clown.

My celebrity status has been considerably diminished by a report in a German tabloid, Das Foto-Foto Schwein.

It's been alleged that in 1976 I served 18 months in prison for painting pretend windows on the hull of a boat. I was outraged, but after consulting my lawyers I discovered the allegations were in fact true. My show has been scrapped and I've been expelled from Germany, but look at this: I've got a new job as one of Santa's elves. 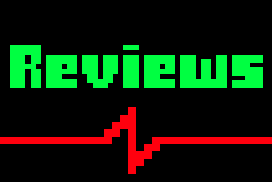