I am Prints, the popular "screwball" pop singer. I've been having all manner of trouble with my record company.

They wanted me to do a Christmas album called A Cockney Chris'. When I refused, they threatened to remove my arms and toss me into the sea. That wouldn't be so bad, because the sea is like a big bath without sides.

My record company has issued a new threat.

If I do not write a song about paper animals before noon tomorrow, they will break into my flat and smash my bath up.

Good luck to them – two years ago a wolf passed away in that bath, and its spirit haunts the taps. When you turn on the cold, its face belches out of the overflow.

I've put together a new backing band, but it isn't very easy.

I think my record company has been spreading rumours about me. For example, when I asked Fronch Merl to be my drummer, he shouted a load of stuff about me being a wookie.

Then, I tried to recruit Runtis Mons as bassist, but he just thrust a picture of a crucible in my face and ran away.

I interviewed a pair of singers yesterday, and one of them asked me if it was true my bath had a special tap which gushed bacteria instead of water.

I tried to explain, but her friend kept activating a radar into my face.

Critical reaction to my progressive recording "Fire-Bath No 61" has been mixed.

One reviewer described it as: "the sound of society falling down the stairs".

Another said: "It’s like a fox tattooing a dummy on your back". The only really damning review ended thus: "I'd rather throw a quoit at a bean bag shaped like a comma".

I held a party to celebrate officially the formation of my new record company, Disco Discs Ltd.

We had a great time playing strip the tramp and watching a video about a man who works in a mill.

I've been asked to perform at a charity concert in aid of the Bath Restoration Front. Loads of other big names are appearing.

We're working on a big finale number where we all come on and sing a song which begins with the line: "All the world's a bath, and we like it!"

My Bath Aid gig went wonderfully well! When I went up and did my duet with Gene Hackman, the audience all stood up on their stools and threw flaming Christmas cards and batteries towards the centre of the stage.

By the end of the set, the security guards had to pelt the front rows with fistfuls of grease to keep them cool. Like our final number goes: "When the grease flies, the bath excels!"

The press have got wind of a terrible financial scandal – my friends and I spent all the Bath Aid pledges on a machine which makes cackling sounds.

When you press a button, a man's voice asks whether you'd like cackles or chuckles, but whatever you say, it's always cackles.

The press asked if I had any comment. I said: "I can’t speak now. I've got a load of prawn skins out the back."

I think my career is coming to a close. The press have dug up a load of stuff from my seedy past.

They've revealed that I was once a mayor and set fire to a crow during a council meeting. They've also discovered that I used to keep a croc locked in a box.

Worst of all, I once ate a diode live on telly, but they don't know about that yet.

My career is shattered. Children are drawing the word "MUMMY" on posters of me, and record shops have melted down all my LPs to build a big wine-box called Keithy-Boy.

To top it all, I've been arrested on suspicion of going out in the fog wearing only a gibbon mask. I do own the mask, but that day I was wearing an Aladdin mask. 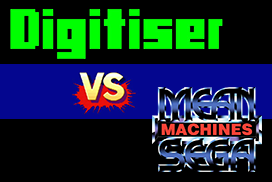