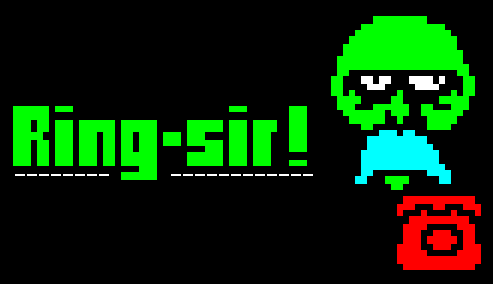 Hello, baby. I'm Phoning Honey, the telephone prank boy. It's Christmas, and I've been rocking round the Christmas tree all week. Unfortunately, I fear I may have rocked too hard, as I've strained my groin, broken a lamp, and been arrested.

But you don't want to hear about me - you want to read transcripts of the hilarious prank phone calls I've been making. I'm so naughty, I've had to change the names of the innocents.

US: Merry Christmas. I'm calling from the Saint Kilda Foundation.

US: Do you know what the Saint Kilda Foundation is?

GC: Is it a sort of charity thing?

US: That's right. It is. We're a children's charity, and we're looking to stage a photo shoot somewhere in the region. A charity photo shoot.

GC: You want to take the photos here?

US: That's right. We want to wheel in a few sick kids in their hospital beds, and get them playing some of your games. We're also going to see if we can get one of our celebrity patrons to come along.

GC: Ooh, we always like celebrities. Who do you have?

US: It'll either be Ainsley Harriot or some bloke off of The Bill.

US: This photo shoot would be a great opportunity for both yourselves and the Foundation to get some coverage.

GC: Of course. I don't forsee any problems.

US: Naturally we'd expect you to make a small donation.

US: Yes. Is something wrong?

GC: How big a donation?

US: Most of the establishments that participate in our photo shoots are happy to give a donation somewhere in the region of £5,000.

US: What, not even at Christmas? These are sick kids, man.

US: I can't believe you don't want to help sick kids at Christmas.

US: People like you disgust me. There you are charging sixty quid a throw for games and you won't even spare a few quid for a kid with cauliflower ears.

GC: Look, I didn't ask you to ring me up and ask me for money.

US: It'd be a bit strange if you did.

US: Do you have children?

GC: Not that it's any of your business, but no.

US: How would you feel if you did have children and some of them had big noses and fat lips?

GC: What are you talking about?

US: You wouldn't like it if some git refused to give your sick children £5,000, would you?

GC: I've had enough of this.